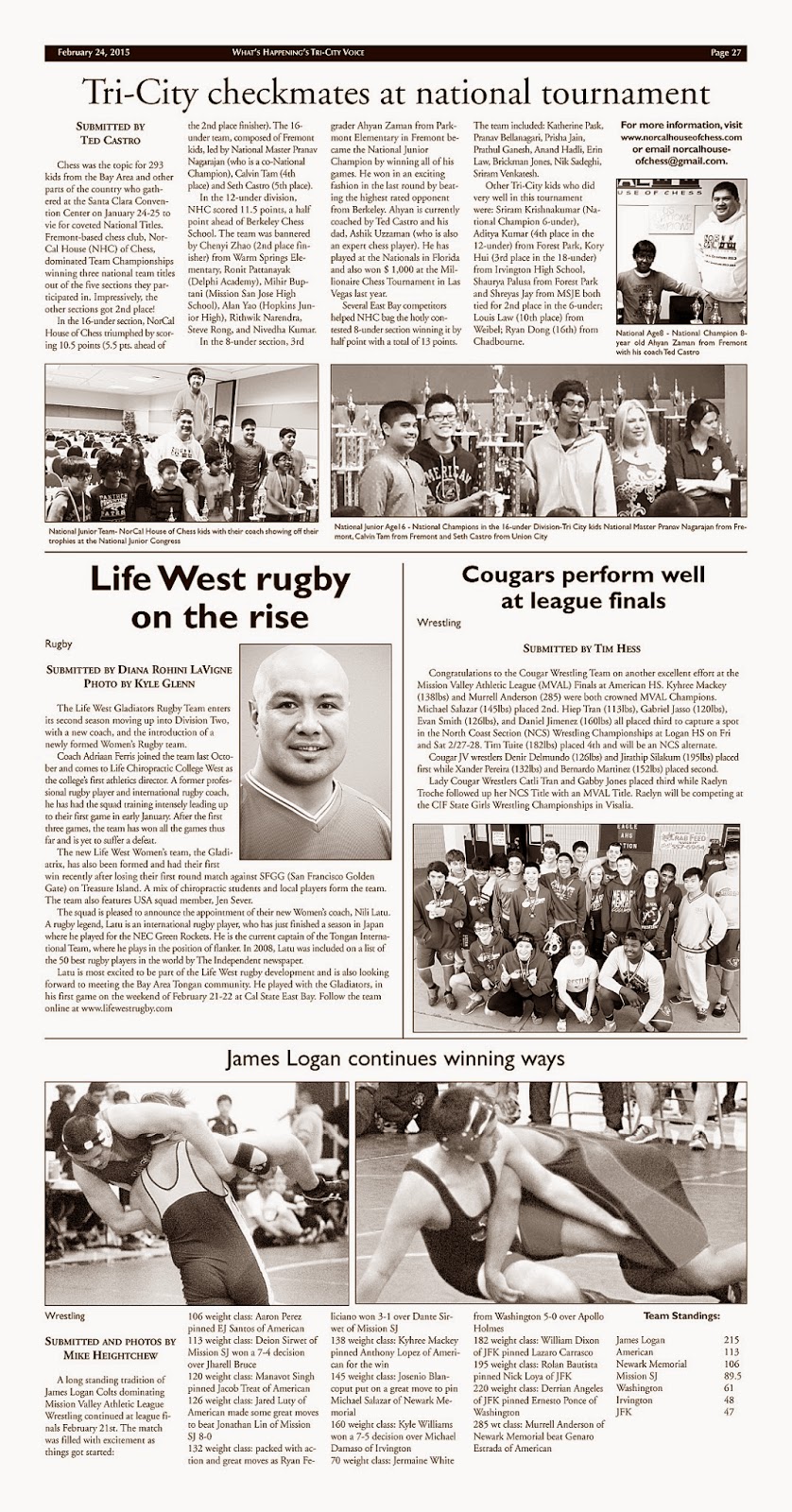 
Tri-City checkmates at national tournament
Submitted By Ted Castro
Chess was the topic for 293 kids from the Bay Area and other parts of the country who gathered at the Santa Clara Convention Center on January 24-25 to vie for coveted National Titles. Fremont-based chess club, NorCal House (NHC) of Chess, dominated Team Championships winning three national team titles out of the five sections they participated in. Impressively, the other sections got 2nd place!

In the 16-under section, NorCal House of Chess triumphed by scoring 10.5 points (5.5 pts. ahead of the 2nd place finisher). The 16-under team, composed of Fremont kids, led by National Master Pranav Nagarajan (who is a co-National Champion), Calvin Tam (4th place) and Seth Castro (5th place).

In the 8-under section, 3rd grader Ahyan Zaman from Parkmont Elementary in Fremont became the National Junior Champion by winning all of his games. He won in an exciting fashion in the last round by beating the highest rated opponent from Berkeley. Ahyan is currently coached by Ted Castro and his dad, Ashik Uzzaman (who is also an expert chess player). He has played at the Nationals in Florida and also won $ 1,000 at the Millionaire Chess Tournament in Las Vegas last year.